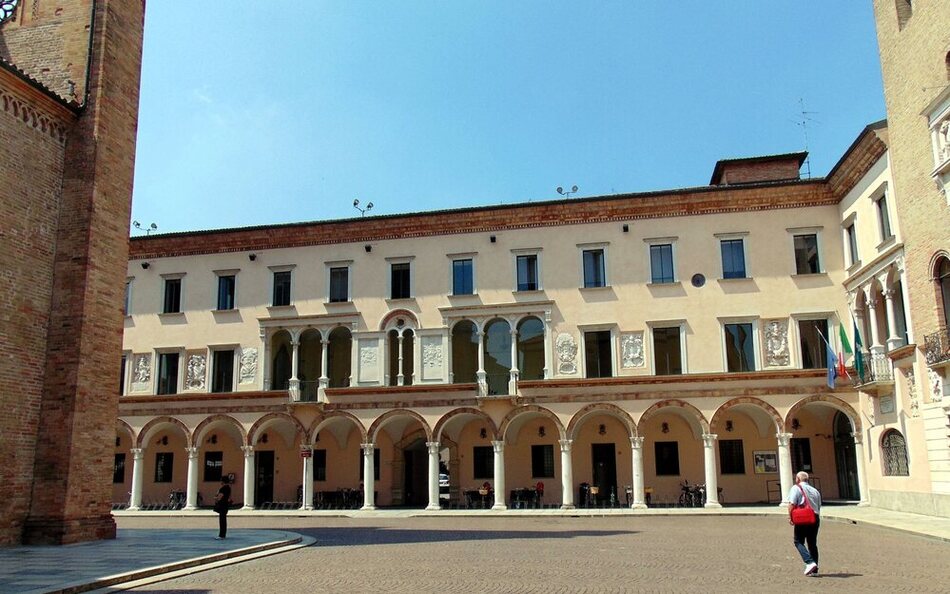 Crema is a beautiful town in the center of the Po Valley, rich in evidence of the medieval history that has lived. In addition to being a good base for visiting the whole area and other centers of Lombardy, Crema offers many ideas for those who want to discover the hidden beauties of its historic center. Built around the river Serio, probably due to the Lombard invasion of the sixth century, Crema is now an orderly and quiet city, with an elegant and charming old town, rich in medieval and Renaissance architecture and beautiful churches. A perfect destination for those who want a peaceful vacation, full of culture, and want to avoid the crowds of big cities. 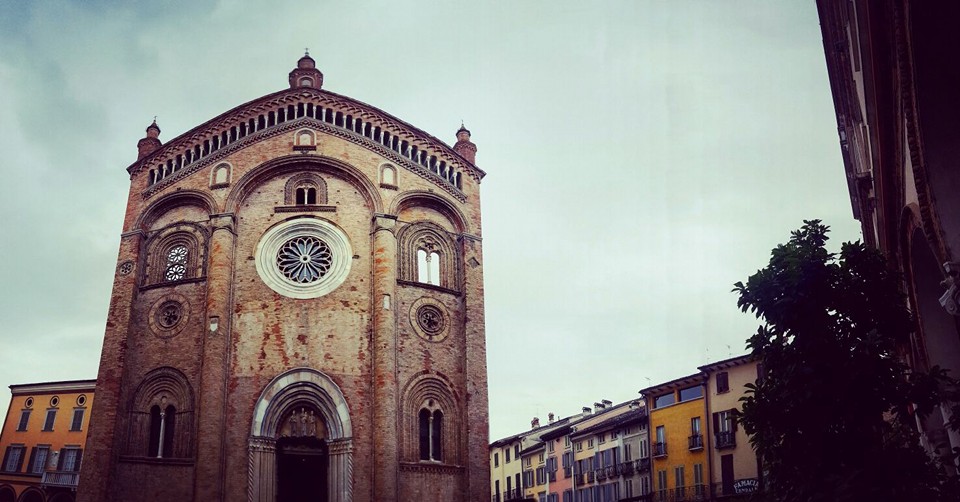 Most of the monuments not to be missed in Crema are located in the central streets at a short distance from each other and west of the river Serio. In Piazza Duomo, you will find the beautiful Cathedral of Santa Maria Assunta, an imposing structure rebuilt on the remains of the Romanesque Duomo destroyed in 1160. The gabled and “wind-blown” façade is genuinely splendid and features large round arches in Romanesque style. Even if it is an integral part of the church, the majestic bell tower will seem almost a separate element and will conquer you with the sound of its bronze bells dating back to the mid-1700s.

Right in front of the Duomo, don’t miss a visit to the elegant Palazzo Comunale, built-in 1525. The structure, a refined sail-shaped portico with terracotta arches surmounted by a cornice and two rows of windows, is perfect Renaissance architecture. What distinguishes it is the mix between the Lombard’s tendency to use terracotta and loggias with three arches, of exquisitely Venetian taste. The façade, facing the Duomo, is surrounded by a series of buildings with porticoes dating back to the sixteenth century, which makes walking in Crema’s main square charming.

Behind the cathedral, continuing along via Civerchi, it takes just a few steps to reach the historic Palazzo Benzoni-Frecavalli, today the seat of the Municipal Library of Crema. Dating back to the seventeenth century, the beautiful building was the first residence of the Benzoni family, at that time the most important family in Crema, and at the end of the eighteenth century, it passed to the Frecavalli family. From 1800 to today, the palace has been the seat of the Gymnasium, the Hospital of the Exposed and Beggars, the National Fascist Party, the Court and, since 2002, the library.

Halfway between Piazza Duomo and the river banks, do not miss a visit to the Civic Museum of Crema and the Cremasque that collects essential evidence of the different historical phases of the town’s life the surrounding areas. The archaeological site, for example, offers various elements to know the human presence in the surroundings from the prehistoric to the medieval age and exposes the equipment of Longobard warriors found in some tombs of the area.
For lovers of religious architecture, then, in addition to the smaller churches scattered throughout the city, it is a must to visit the two beautiful sanctuaries of Crema, both dedicated to Our Lady: Santa Maria delle Grazie and Santa Maria della Croce, located on opposite sides of the town.

At the southern edge of the fortified city, right next to the so-called Venetian walls and next to the municipal park Campo di Marte, there is the Sanctuary of Santa Maria delle Grazie – santüare dale Grasie, in Cremasque dialect. The construction, which began on June 1st 1601, lasted about 9 years and was slowed down (and interrupted) several times also because of a famine.

To admire the Sanctuary of Santa Maria della Croce, instead, it is necessary to leave the historical center and take the road to Bergamo. About one kilometer north, after the Vacchelli canal, here is the splendid circular structure. The Sanctuary was built in the place where, according to the legend, Caterina degli Uberti, member of a well-to-do family of Crema, died at the hands of her husband, a bandit from Bergamo. However, after the apparition of the Madonna to whom she had turned in prayer, the woman managed to survive long enough to receive the sacraments and die in her city. At the point of the apparition, a cross was placed and, later, the Sanctuary was built.

How to get Crema

Getting to Crema is very easy because the town is only an hour’s drive from both Milan and Bergamo and can be easily reached by train from all over Italy. As for the airports, the closest are Linate, Malpensa and Orio al Serio, but also those of Brescia and Verona are well connected to the city by shuttle bus services.